Indeed, the framework for how we should think about a child or young person’s activities remains the same whether these take place on or offline. In both cases, they’re protected by the rights laid out in the United Nations Convention on the Rights of the Child (UNCRC), and in both cases these rights should provide a starting point for thinking about any recommendations we make.

The ways in which the UNCRC applies online are a hot topic for the UN. Last year, the organisation hosted a day of discussion around what the advent of online communication meant for children’s rights. During the discussion, speakers were emphatic that rights should be respected just as much online as anywhere else, and stressed that concerns about a child or young person’s safety should be balanced against their ability to have their rights fully expressed.

In stating this, the speakers were expanding a discussion about the line between keeping a child safe and overly restricting their freedoms, a tension that permeates the whole concept of rights.

Consider Article 15 of the UNCRC ― the right to freedom of association. This Article underlines the right of children and young people to form groups and to meet who they want, but it doesn’t mean that it’s always wrong for an adult to intervene if meeting who they want would put them in danger.

Here, as with all children’s rights, the best interests of a child or young person must come first. The UNCRC doesn’t tell us where to draw this line, but it does provide us with the tools to start thinking about where we might do so.

Opportunities and challenges in the digital world

As the number of opportunities children and young people have access to online is vast, I believe a framework such as the UNCRC is absolutely necessary.

The internet provides new avenues of education, communication and relaxation that are capable of greatly enhancing lives.

Meanwhile, there are certainly areas of the online world in which safety is a real concern. Increased connections between young people can mean bullying becomes both easier and more pervasive. It would be a mistake to think that digital challenges must have exclusively digital solutionsThe ability of young people to send illicit images of themselves and others can lead to new forms of invasion of privacy. And worrying research from the Children’s Commissioner in England suggests easy access to online pornography may be having corrosive effects on how a whole generation of boys view girls and women.

I think it would be a mistake to think that digital challenges must have exclusively digital solutions. For example, evidence-based education on Relationships, Sexual Health and Parenthood – which the Scottish Government now provides – can help encourage healthy attitudes around gender.

However, this doesn’t mean that digital solutions are never appropriate.

The iRights framework – to which I am a proud signatory – is a good example of an approach that attempts to clarify what rights might mean in the digital world.

It recognises the value of an approach based on best interests, which looks to raise awareness of the risks that exist online in order that children and young people may better embrace the opportunities that also exist there.

The framework consists of five digital rights that the initiative believes should be universal:

The right to remove, which says children and young people should be able to easily edit or delete everything they put online.

The right to know, which says children and young people should be able to find out who holds or profits from their information, what their information is being used for and whether it is being copied, sold or traded.

The right to safety and support, which says children and young people should be protected from illegal practices online, and supported if they find troubling or upsetting scenarios there.

The right to conscious and informed choices, which says that children and young people should feel able to access creative spaces online, but also be able to easily disengage from them. For example, children and young people should be able to play online games, but those games shouldn’t be designed in a way that makes them so addictive as to cause a child to miss sleep to play.

The right to digital literacy, which says that children and young people should be able to use, create and critique both digital technology and the social changes this technology may bring.

At the heart of the iRights framework is the belief that children and young people should be empowered to act responsibly online by being fully digitally included ― that is, being able to access, use and understand the online world.

Inclusion in a digital world

Digital literacy is an essential part of digital inclusion, but far from the only important element to it. As well as being able to navigate the internet, children and young people need to be able to get to it in the first place. We’re now aware that a surprising number of Scots don’t have unrestricted access to the internet, and it’s important for us to remember that children and young people are among them.

Increasingly, the realisation of a young person’s rights depends on their ability to go online― whether that’s the right to information, to education, or to rest and play in the way they want to.

I am concerned that groups of children and young people who are most at risk of having their rights disrespected – such as looked after young people – may be among those who tend to be digitally excluded. While exclusion of this kind is sometimes argued to protect vulnerable young people, it’s vital that any restriction to digital access is based on both assessment of the level of individual risk and an understanding of the effect digital exclusion may have on the realisation of a young person’s rights.

My office is doing a lot to remain up to speed with how the digital world impacts children and young people’s rights.

As well as signing up to the iRights coalition, we’re looking into commissioning work to find out more about the ways in which children and young people in Scotland can be digitally excluded. Meanwhile, we’re learning about the ways in which Scotland’s teachers are using digital technology to transform the way in which their pupils are taught.

We’re also committed to the goal of helping children and young people creatively express themselves online. My responsibility is to protect the rights of children and young people wherever they are in Scotland. Increasingly, where they are is online.Last year, we were involved in helping young people from across Europe create 32 short films about the impact austerity measures have had on them, and in helping disseminate them online to people across the continent.

Finally, we’re helping young people find out about their rights online by clearly explaining all 42 of them on our website.

I believe that Scotland’s children and young people can and must be empowered to become confident and responsible digital citizens.

My responsibility is to protect the rights of children and young people wherever they are in Scotland. Increasingly, where they are is online. 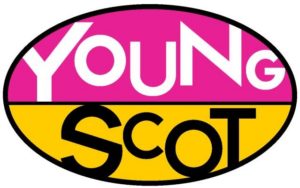