**This film ‘Sex in Schools’, was produced by the charity, Fixers, to help raise awareness and support a ‘call for evidence’ as part of the ‘Women and Equalities’ Committee inquiry into ‘Sexual harassment and sexual violence in Schools’**

OVERVIEWAGENDASPEAKERSSUPPORTERSREGISTER TO ATTENDVENUE
OUTLINE
Chaired by the Children and Young People’s Commissioner Scotland, Tam Baillie, this training conference will explore: 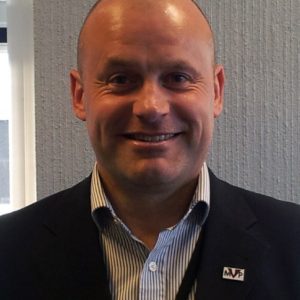 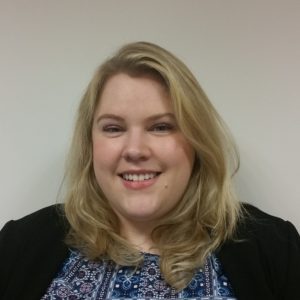 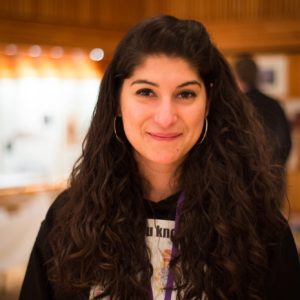 BACKGROUND
Earlier this year, the House of Commons ‘Women and Equalities Committee’ launched the first Parliamentary inquiry into the scale and impact of ‘Sexual harassment and sexual violence in schools’. The subsequent Committee report – published in September 2016 – ‘exposed the shocking scale of sexual harassment and sexual violence that is not being tackled effectively in English schools’. The report outlined evidence that ‘almost a third (29%) of 16-18 year old girls say they have experienced unwanted sexual touching at school; nearly three-quarters (71%) of all 16-18 year old boys and girls say they hear terms such as “slut” or “slag” used towards girls at schools on a regular basis; and 59% of girls and young women aged 13-21 said in 2014 that they had faced some form of sexual harassment at school or college in the past year’.

In support of the inquiry the charity, Fixers, undertook research into the topic. Their subsequent report concluded that sexualised behaviour is the new social norm in young people’s daily lives. These findings chimed with recent research from Girlguiding UK which reported that 75% of girls and young women said anxiety about potentially experiencing sexual harassment affects their lives in some way. The same survey found that 90% of young women aged 13-21 agree that the government should make sure all schools are addressing sexual harassment and bullying in schools. Data published last Autumn showed that 5,500 sexual offences were recorded in UK schools over a three year period – at least a fifth of which were carried out by children, so called ‘peer-on-peer’ abuse.

Chaired by the Children and Young People’s Commissioner Scotland, Tam Baillie, and featuring a keynote address from Maggie Morgan, author of Fixers’ report on ‘The Trouble With Sex in Schools’, this event will focus on the scale of sexual harassment and sexual violence in schools and how we, in Scotland, can address this issue and prevent it from continuing to undermine our younger generation’s sense of safety, feeling of self-confidence and perception of positive, healthy and respectful relationships.

WHO SHOULD ATTEND?
Representatives from Primary and Secondary Schools, Local Authorities – Education and Social Work, Health, Police, Voluntary and Community groups including:

10:40-11:00
Opportunities for questions and discussion
11:00-11:20
Tea and coffee break, opportunities for networking
Session 2: Engaging young people
11:20-12:20
Dealing with a sexually toxic climate – engaging bystanders in the prevention of abuse

12:20-13:00
Panel and audience discussion: “Engaging and educating young people – taking this forward in our schools”
13:00-13:40
Lunch and opportunities for networking
Session 3: Education and positive practice
13:40-14:00
The role of the NHS
“How can the NHS assist teachers and pupils to ensure young people are being given up-to-date and relevant sex and relationship education?”
Lesley Walker, Senior Health Promotion Specialist – Healthy Respect, NHS Lothian
14:00-14:10
Opportunities for questions and discussion
14:10-14:30
Are we getting it right for girls? The dangerous consequences of misogynistic attitudes among children and young people

14:30-14:50
Educating the early years to prevent violence in later years

Children’s rights are set out in the United Nations Convention on the Rights of the Child (UNCRC), which the UK Government signed up to in 1991.

Maggie Morgan, Director of Communications & Stakeholder Engagement, Fixers
@FixersUK
Maggie Morgan is Director of Communications & Stakeholder Engagement at Fixers, a UK wide charity which supports young people to get their voices heard and valued on issues they have experienced to create positive social change for all. Her role, to raise the profile of Fixers through relationship and reputation building, incorporates strategies for political engagement, partnership creation and the dissemination of Fixers campaigns to as wide an audience as possible. She is the author of a report on sexualised behaviour in schools which was published in April 2016 and used by The Women & Equalities Select Committee to launch a lightning inquiry into sexual harassment and assaults in schools. 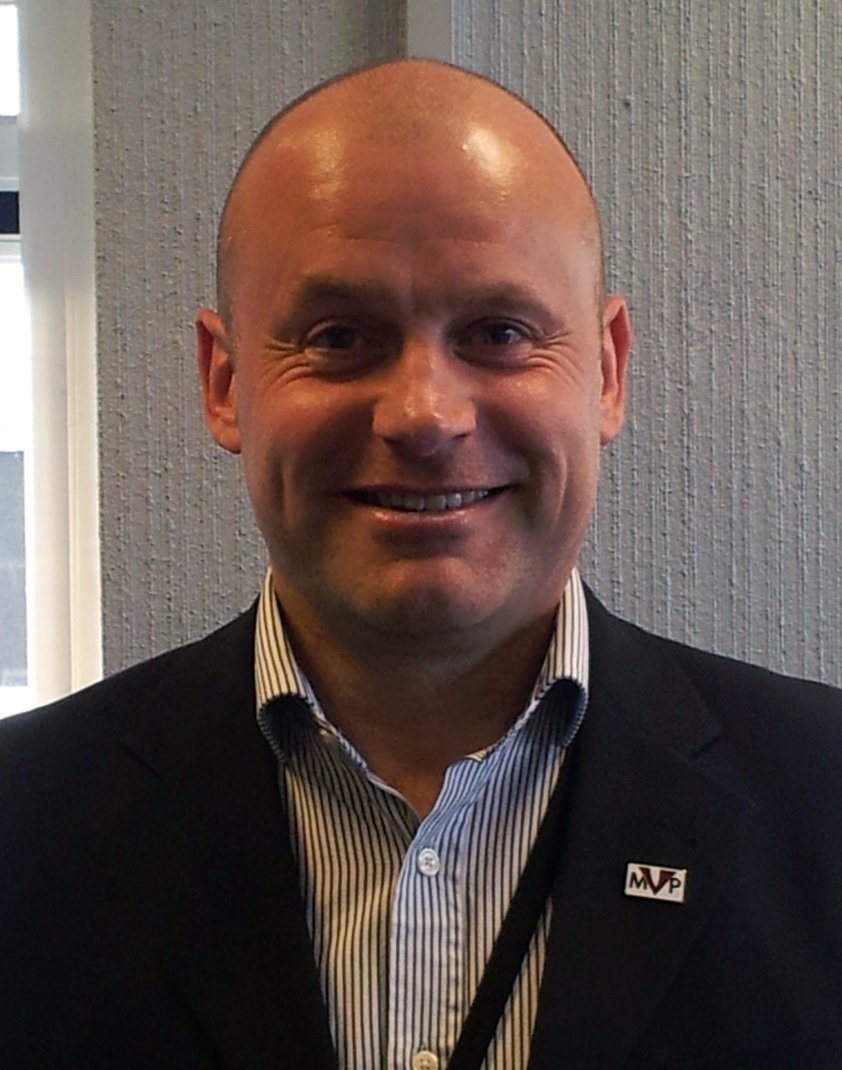 Chief Inspector Graham Goulden, Mentors in Violence Prevention Scheme, The Scottish Violence Reduction Unit
@Graham_vru @vruscotland
Graham is a Chief Inspector within the Scottish Violence Reduction Unit. He has been a police officer for nearly 29 years commencing his career within Lothian & Borders Police. As a Detective he investigated violent crime within the City of Edinburgh before a change of career into training and crime prevention. In 2009 Graham was seconded to work for the Scottish Violence Reduction and is now permanently posted to this organisation.
In 2010 Graham began to develop and implement the Mentors In Violence Prevention (MVP) Programme. Operating in 13 Scottish Local Authorities the MVP Programme recognises that the impact of abuse and unhealthy behaviours often contributes to a sense of insecurity and helplessness amongst young people.
Graham is committed and passionate on the engagement of boys and men in the prevention of violence in Scotland. As a father of two girls he is clear that men have a definite role in shaping the culture that often contributes to violence both against boys and girls, men and women.
Graham lives in the Scottish Borders with his partner, her two girls and his dog. His two girls have long since left home.

Lesley Walker, Senior Health Promotion Specialist – Healthy Respect, NHS Lothian
Lesley Walker is a Senior Health Promotion Specialist with Healthy Respect, based at Chalmers Sexual Health Centre in Edinburgh.
Lesley’s background is in primary school education, having qualified at Homerton College, Cambridge in 1994. She taught in schools both north and south of the border before taking up a secondment with the Healthy Respect Demonstration Project in 2005, as a Primary Schools Specialist. Following this she worked for NHS Lothian Health Promotion Service, leading programmes of work on Schools, Looked After Children and Children & Young People.
Lesley returned to Healthy Respect in 2012 and now leads its education work. She recently supported the development of Scottish Government guidance on the conduct of RSHP education in schools, and is currently part of a national group led by Education Scotland working to improve the delivery and profile of RSHP education in Scotland.

Mary Sharpe, Chief Executive, The Reward Foundation
@brain_love_sex
Mary Sharpe is CEO of The Reward Foundation – Our Brain on Love and Sex. The charity makes the science of relationships accessible to everyone. It highlights the challenges of internet pornography particularly for adolescents. Mary runs workshops in schools and is developing training for teachers.

Earlier, Mary practiced as an Advocate in Scotland and in Brussels. She was an adviser to the Science for Peace and Security programme of NATO for 10 years. Currently she sits on the board of the Society for the Advancement of Sexual Health (USA) and is active in the National Organisation for the Treatment of Abusers.

Jenny Kemp, National Officer (Education and Equality), EIS
@EISUnion
Jenny has been National Officer (Education and Equality) at the EIS, Scotland’s largest teaching union since January 2016. Her role includes promoting equality issues affecting teachers, students and pupils in Scotland, and developing EIS policy on education and equality matters, through supporting member activists, including a national network of Equality Representatives. Previously, she was Co-Director of Zero Tolerance, a charity working to prevent violence against women and promote gender equality, where she worked for 8 years. She has also worked for the Equal Opportunities Commission and various third sector bodies. She is a Law and Politics graduate of the University of Edinburgh; a lifelong equalities campaigner; and also a mum of two. 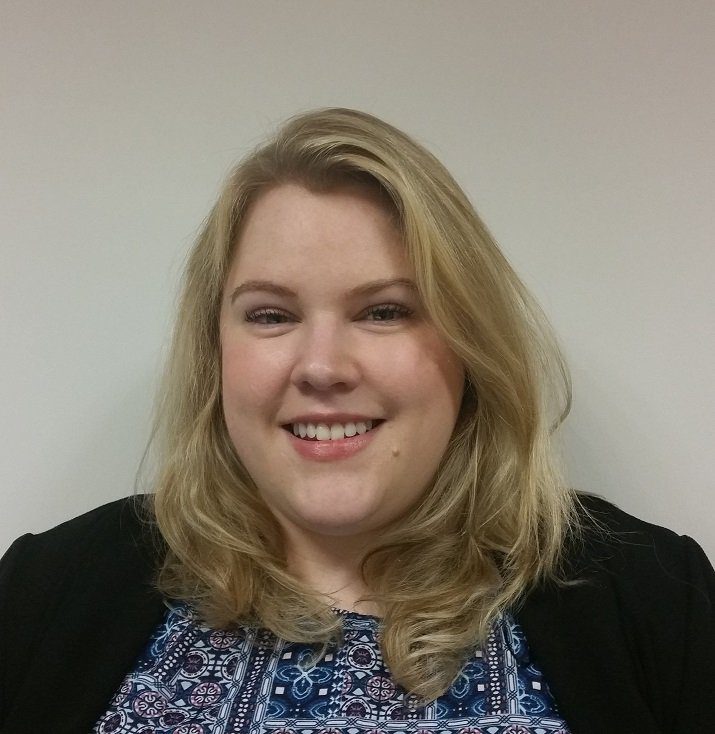 Amy Marshall, Development Officer (Educators and Employers), Zero Tolerance
@ZTScotland
Amy is Educators & Employers Officer with the charity Zero Tolerance, the national experts in primary prevention of violence against women. Her role includes developing and promoting work that supports schools to embed gender equality throughout school culture and policy, and ensuring employers have the right tools to prevent violence. After graduating in Politics and Public Policy, she worked as Policy Officer within the Scottish Government including the gender equality department. She can regularly be found campaigning with the Women’s Equality Party, and is leader of their Lothian branch. 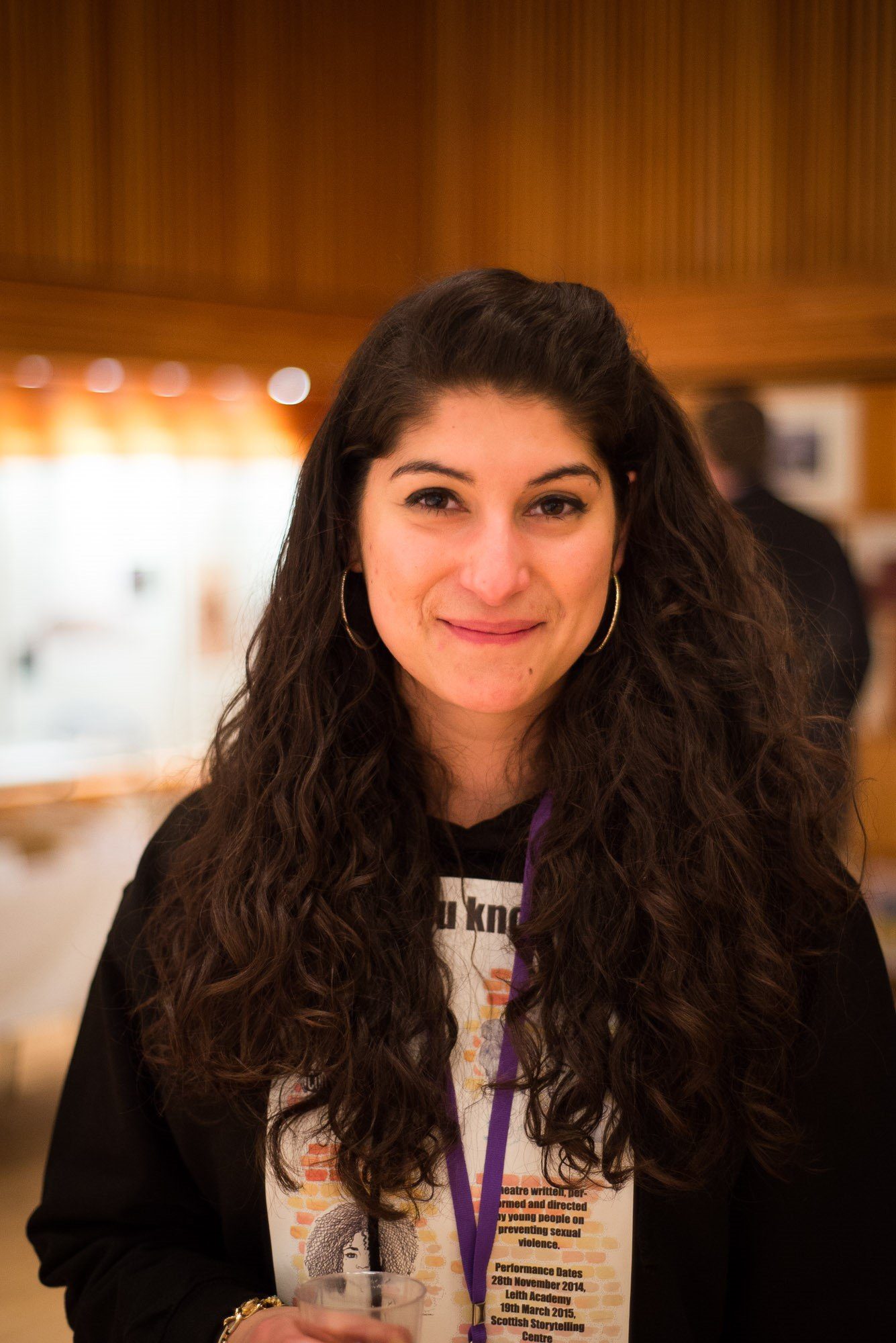 Nadine has delivered education work with over 1,800 young people on issues to do with sexual violence, and in particular has focused on young people’s participative engagement in issues to do with gender-based violence – a specialism which she has championed both here in Scotland and at UK wide events. An example of this is her work on the ‘Do You Know’ Project; theatre written, performed and directed by young people on issues to do with sexual violence. The project’s achievements included participants addressing MSPs and MPs at the Scottish Parliament on the need for gender-based violence education in schools, and working with Media Co-Op and Rape Crisis Scotland to create a DVD resource to be used in Rape Crisis prevention work across Scotland.

The current Commissioner is Tam Baillie. He looks after the rights of:

To find out more about the Commissioner and his team visit – http://www.cypcs.org.uk/about

Fixers
Fixers is a project of the Public Service Broadcasting Trust, funded by the National Lottery through the Big Lottery Fund, and featured on ITV.

Fixers are young people using their past to fix the future. They are motivated by personal experience to make positive change for themselves and those around them.

Fixers have different backgrounds, interests and life experiences, and come from every corner of the UK. But they do have several important things in common. They are motivated by a desire to act on an issue that is important to them or a strong desire to help other people. They also have a voice that they want to be heard, whether that’s on eating disorders, drugs, offending, cyberbullying or any other issue that is concerning them. Becoming a Fixer allows that to happen.

Fixers are heard, understood and respected by others.

Fixers choose the issue they want to fix and, using the skills of a team of creative experts, they work out how to make sure their message is heard by the right people, whether that’s through a unique film, a leaflet or poster campaign, a website, an event or workshop. Then they use digital, print and broadcast media to make their voice heard as far and wide as possible.

Fixers win awards, meet their MPs and some have even gone on to set up their own charities.

To date, almost 20,000 Fixers from Scotland, England, Wales and Northern Ireland have started – and are continuing – 2,160 unique projects and 818 Fixers projects have been showcased on ITV, UTV and STV regional news programmes across the country, providing more than 50 hours of peak-time exposure to their projects.

SPECIAL RATES (note: other promotional offers, including early bird discounts, are not valid with special rates) 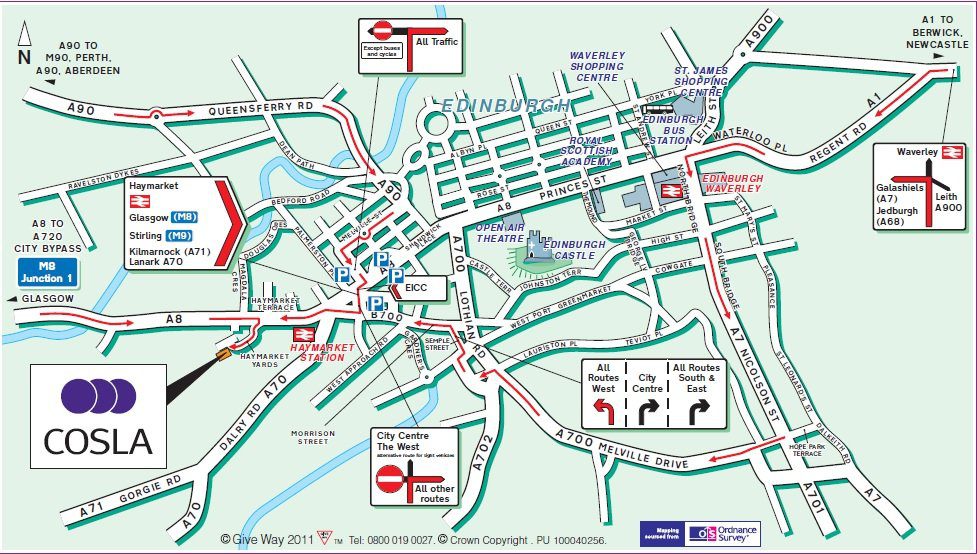 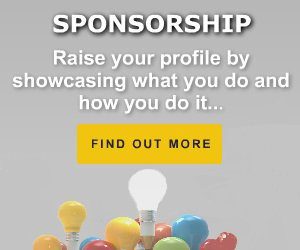